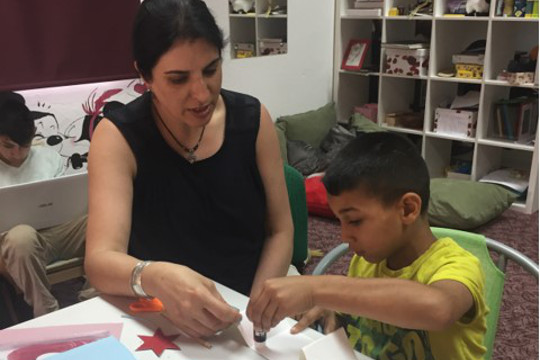 Following on from last week's story by Rasna, this article was written by Simi, Rasna's mother, and tells of her experiences visiting the children cared for by Our Kids Foundation ("Naša Djeca" in local language) in and around Mostar, Bosnia and Herzegovina.

Following on from last week’s story by Rasna, this article was written by Simi, Rasna’s mother, and tells of her experiences visiting the children cared for by Our Kids Foundation (“Naša Djeca” in local language) in and around Mostar, Bosnia and Herzegovina.

Two years ago I remember sitting in the presentation given by my daughter’s school teacher about their forthcoming trip to an orphanage in Bosnia. I was reduced to tears when we were shown a video of a previous trip, so moved was I by the plight of these children. Little did I imagine that two years later mother and daughter would be visiting the very same orphanage.

As a solicitor specialising in child protection for over 25 years, I have first-hand experience of the distressing background of these children’s lives, and the lifelong experiences for them as a result of poor, neglectful or at its worst, abusive parenting. Whether, as they approach adolescence and their adult years,  it becomes a vicious cycle of alcohol or drug misuse, sexual abuse, or violence in their relationships.

I was overawed by the dedication, professionalism and commitment of a handful of staff who go, and indeed have been going, that extra mile for these children and young adults, with very little financial rewards. As one professional commented as she scoured YouTube late into the night to find ideas for working with the children, whether it be for therapeutic or creative purposes, ” for me this is not a job, it’s a way of life.”

No one afternoon at the orphanage was the same, the children were always being stimulated, challenged and entertained, largely by one member of staff who may have up to 15 children that afternoon, including some with special needs, who require greater support. It was an incredible experience to witness. Despite a language barrier, we had a great time playing with the children, and spotting a future Ronaldo!

However it was the afternoon when therapeutic work was being done with the children that was by far the most distressing to witness, especially as a mother. The children were asked to lie down, relax and dream, about anything, whether it be their parents, experiences, other loved ones, etc. Thereafter they were asked to draw their dream. Apart from two children, all of the children drew pictures of unhappy people and distressing situations. See for yourself – as they say, a picture speaks a thousand words. This activity was invaluable as it enabled the therapist to know more about the children’s experiences and how to assist them in their recovery.

From the age of 18 there is no support from the government for the children. Two homes have been set up for the girls and boys, to engage them into society and teach them to become independent. The house for the boys boasted a garden the boys where they are being taught to tend to a garden, and we sampled delicious cherry cordial and jam that they had prepared. We met two of the boys, one of whom is training to be a mechanic, the other a chef.

The girls’ house was equally impressive – from their skills at keeping it immaculate and witnessing them running a second hand clothes shop, create artefacts to sell, etc thus teaching them invaluable life skills.

Two years ago when my daughter went to the orphanage she was absolutely besotted with a three year old boy who she spent the best part of the fortnight with. His photos were her screensaver on her phone, computer, and she had photos of him dotted in her room. We found out that he had been adopted, and made a 14 hour journey to meet him with his adoptive parents. It was totally worth it – he has since blossomed and is blessed to have such wonderful parents. As a mother l can now close that chapter in the knowledge that he is so very happy in his new home, and thus end a mother’s story. 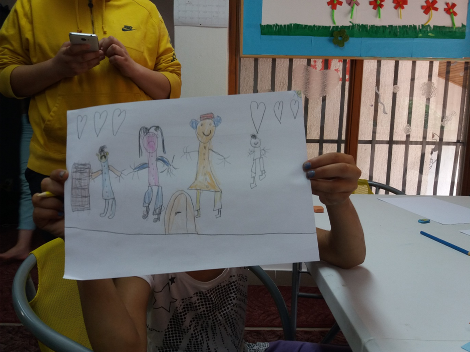